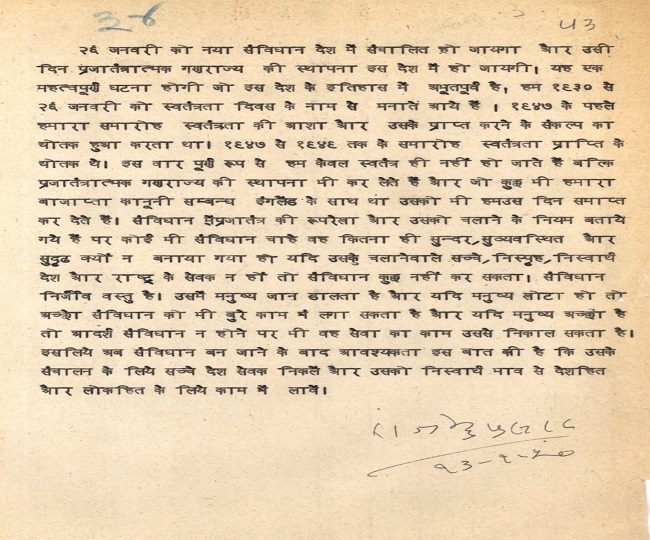 “This year, the country is dedicated to Dr. B.R. Ambedkar’s 125th birth anniversary is being celebrated. ‘Constitution Day’ will be a part of these year-long nationwide celebrations. It will be a tribute to Dr. Ambedkar, who, as the Chairman of the Drafting Committee of the Constituent Assembly, was instrumental in the making of the Indian Constitution,” said a 2015 press release by the Press Information Bureau.

Why We Celebrate?- National Constitution Day in India is an officially celebrated event every year on 26 November, which is celebrated to remember and honor the father of the Constitution, Dr. Bhimrao Ramji Ambedkar. People of India celebrate its history, freedom, independence, and peace after starting its constitution. Often a preamble is presented before them to reveal the objectives of the constitution. The Preamble of the Indian Constitution is considered to be the best in the world. Through the Preamble, the essence, expectations, objectives, aims, and philosophy of the Indian Constitution are revealed.

Astrolozer.com is a platform which has been created to utilise technology and ancient wisdom to solve people’s problem. It is a platform that intends to provide people a guiding light when people are confused about their circumstances or for any other general inquiry which is bothering them.